Wow, it has been three years now since the first release of SnipNotes on the App Store. Most apps don’t survive that long, so I’m incredibly happy that SnipNotes is still around and getting better every year. Last year saw the release of SnipNotes for macOS. I learned a lot since then. Developing for and maintaining multiple platforms is a much bigger challenge than working on an iOS app alone. But I’m committed to moving the product forward on all platforms and plan to introduce some major and long requested features this year. Thank you for sticking with SnipNotes! A big new update will be available shortly. 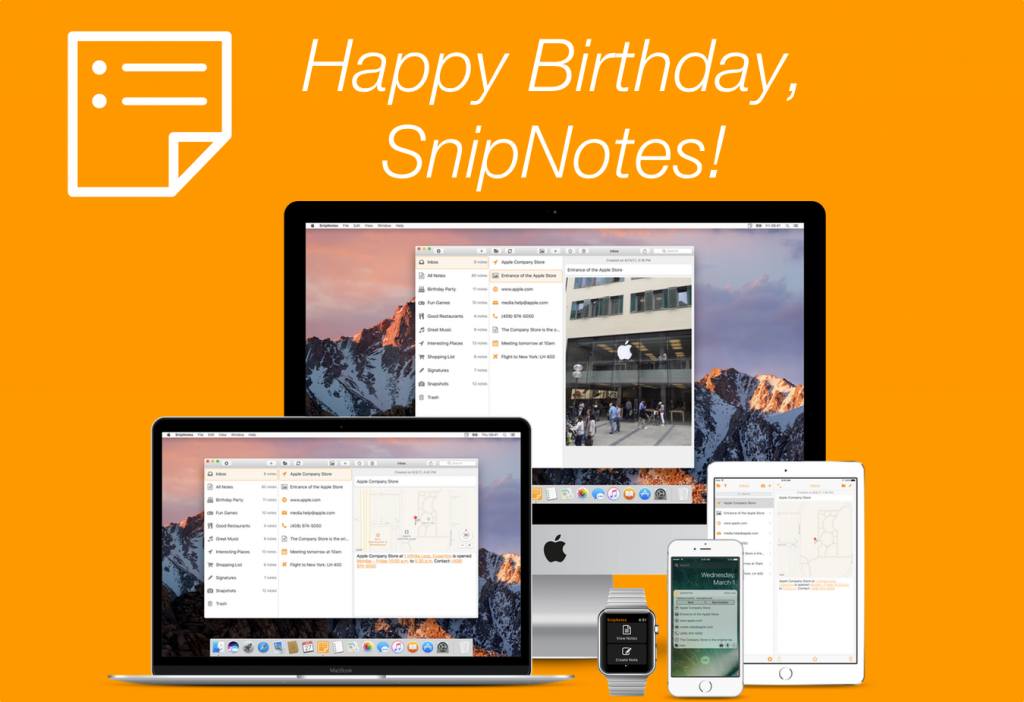